If you are looking for words beginning with H for Kindergarten or Preschool, you have come to the right place! Letter of the Day activities and alphabet letter lesson plans have never been easier or more fun. Related: Letter H Crafts This article contains affiliate links. There are unlimited ways to spark more ideas for educational opportunities for the letter H. If you are looking for value words that start with H, check out this list from Personal DevelopFit. Related: Letter H Worksheets

ANIMALS THAT START WITH H:

Paint horses are the most eye-catching in their beauty and easily some of the most captivating horses that you will find. While they are easy to look a , beauty is just one small piece of the puzzle when it comes to paint horses. They are one of the most popular horses on the planet and they have a lot to offer the equine world.Their popularity is not based on their appearance. American paint horses are world-renowned thanks to their calm nature and unwavering intelligence. They are quick learners and tend to be obedient in nature. You can read more about the H animal, American Paint Horse on Helpful Horse Hints

Hyenas are large animals and can weigh up to 190 pounds.. They have front legs that are longer than their back legs and really big ears. Of our planet’s three different species of hyena (the spotted, brown and striped hyena), the spotted hyena is the largest and most common.These amazing animals inhabit savannas, grasslands, woodlands and forest edges across sub-Saharan Africa.Famed scavengers, these cool carnivores have a reputation for eating the leftovers of other predators. But don’t be fooled, they’re super-skilled predators themselves! In fact, they hunt and kill most of their food. Spotted hyenas are social mammals and live in structured groups, called clans, of up to 80 individuals. There’s a strict hierarchy, where females rank higher than males, and the group is led by one powerful alpha female. You can read more about the H animal, Hyena on Live Science

The hermit crab is a crustacean, but it is very different from other crustaceans. While most crustaceans are covered from head to tail with a hard exoskeleton, the hermit crab is missing part of its exoskeleton. The back part where its abdomen is located, is soft and squishy. Thus, the minute a hermit crab molts into an adult, it sets out to find a shell in which to live.Hermit crabs are omnivores (eating plants and animals) and scavengers (eating dead animals that they find). They eat worms, plankton, and organic debris. As hermit crabs grow, they require larger shells. When one finds a shell that is too big or too small, it may wait for other crabs to investigate. Then, the hermit crabs will trade shells as a group! You can read more about the H animal, Hermit Crab on Brittanica 4. HIPPOPOTAMUS Hippopotamus are large mammals, which means they have hair, they give birth to a young life, and feed their babies with milk. They are considered the third largest mammal that lives on Earth, only behind the rhinoceros and the elephant. Hippos have short legs, a huge mouth, and bodies that are shaped like barrels. Although they look extremely fat, hippos are actually in excellent shape and can easily outrun a human. A group of hippos are known as a herd, a pod, or a bloat. You can read more about the H animal, Hippopotamus on Cool Kid Facts

This shark’s unusual name comes from the unusual shape of its head, an amazing piece of anatomy built to maximize the fish’s ability to find its favorite meal: stingrays. The hammerhead also has special sensors across its head that helps it scan for food in the ocean. Living creatures’ bodies give off electrical signals, which are picked up by sensors on the prowling hammerhead. Hammerhead sharks can grow up to a length of 20 feet and weigh around 1,000 pounds. The largest species is the Great hammerhead. It has a length of about 18 to 20 feet. Unlike many fish, hammerheads do not lay eggs. A female gives birth to live young. One litter can range from six to about 50 pups. When a hammerhead pup is born, its head is more rounded than its parents’. You can read more about the H animal, Hammerhead on Kids National Geographic

CHECK OUT THESE AWESOME COLORING SHEETS FOR EACH ANIMAL!

G Is For Horse Coloring Pages

PLACES STARTING WITH THE LETTER H:

Next, in our words starting with the letter H, we get to find out about some fantastic places.

1. H is for HONOLULU, HAWAII

The capital city of Hawaii! This beautiful state was the 50th and most recent state to join the United States. It’s the only state made entirely of islands. Although the state is best known for its eight major islands, it has 136 islands in total. Hawaii is the only US state that grows coffee, vanilla beans, and cacao. It’s also the worldwide leader in harvesting macadamia nuts, and more than 1/3 of the world’s commercial pineapple supply coming from Hawaii. There are only twelve letters in the Hawaiian alphabet: A, E, I, O, U, H, K, L, M, N, P, and W.

Hong Kong has a long and fascinating history. After more than 150 years of British rule, China again took control of Hong Kong in July of 1997. Although now a part of China, Hong Kong maintains its same internal political, economic, and legal systems that it had before. Hong Kong means ‘Fragrant Harbor’ in Chinese. Small, but towering, it has the highest number of skyscrapers in the world. The Hong Kong-Zhuhai-Macau Bridge is the world’s longest bridge/tunnel sea crossing.

Honduras also known as the Republic of Honduras, it is bordered by Guatemala to the west, Nicaragua to the southeast, El Salvado to the southwest, Gulf of Honduras to the north, Pacific Ocean to the south at the fonseca gulf. The official language is Spanish. During his visit to the bay islands, in 1502; The first ever European explorer to discover Honduras was Christopher Columbus, he landed in the coast of Honduras. After Australia, the country with the second most coral reefs in the world is Honduras.

FOOD THAT STARTS WITH THE LETTER H: 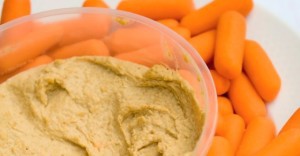 Hamburger, hotdog, Honey Buns… what comes to mind when I consider foods for words that start with the letter H are hardly exotic.

Delicious and hearty by itself or perfect on healthy wraps and sandwiches. Busy as I am, I tend to snack on it with carrots and celery! Check out our favorite recipe for quick homemade hummus. When it comes to words that start with the letter H, the hard work never seems to be done. I hope we have helped make teaching the letter H a little bit easier, for you.

Can you think of more examples for words that start with the letter H? Share some of your favorites below!