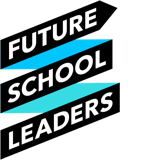 Allan Keddie is a PE teacher at Brighton College Al Ain, and will take on the role of Director of Sport at the school from August 2022. Mr Keddie’s journey into education has not always been smooth, and his own school days have influenced his ethos as an educator. Mr Keddie is a believer in inclusive Physical Education, where all children can achieve.

Who or what inspired you to become an educator?

I grew up in a town called East Kilbride, just outside Glasgow. From a young age, I was very sporty. Football was my first love, but I also played volleyball, squash, tennis, golf. I found that sport came naturally to me; I really flourished in PE at school. My father always told me, whatever you do, make sure you enjoy it. He worked on oil platforms in the North Sea of ​​Scotland for 40 years. He earned well, but he never enjoyed his job. He wanted a different life for me.

I went to a local comprehensive school, where I was really encouraging. There were particular teachers who had a big impact on me; They really, really pushed me and believed in me. It was through them that I was able to see how important a teacher can be to a child, simply by caring, which is a really big part of how I view my role as a teacher now.

At a parents evening, when I was about 14, my PE teacher at the time, Mrs Cullen said to my mother and father that I should consider a career as a PE teacher. Mrs Cullen’s words stuck with me.

Then, just a few years later, my mother passed away. This was a period where I needed more support than ever, and another PE teacher, Mrs Stewart was really there for me. The support she gave me was just fantastic. I really experienced first hand how important a teacher can be in a child’s life, in good times and bad.

Can you tell us a little about your career to date?

With Mrs Cullen’s words never far from my mind, I then applied to do the Professional Graduate Diploma in Education (PGDE) for secondary PE at Strathclyde University. This course is incredibly competitive to get into, with 300-400 applicants every year and about 12 accepted. It involves practical interviews: playing netball, badminton, doing a gymnastics routine and a dance routine on the front of a panel of judges. And guess what… I was rejected!

I refused to be defeated by this however and decided to use my degree and go down the route of Sports Development Officer or similar. But it was 2009, and the UK job market was terrible, everyone was telling me that I needed more experience. But how would I get the experience without getting a job?

I ended up working in a gym, and I knew that wasn’t what I wanted. One night, I just had enough, I decided I was going to try my luck in another country. I sold my car and booked a one-way ticket to New Zealand, leaving 6 weeks later. I didn’t know anyone there, I’d never been there. I started sending my CV to everyone in New Zealand, and with about two weeks to spare before I flew, I had a job interview, and I got the position of a sport development advisor in a town in North Island. I was delighted.

The experience was brilliant! I had to create and manage a program for 32 primary schools. My team and I would test the pupils on their fundamental movement skills and provide a program with our coaches. It was really successful and I loved New Zealand. I then moved to Queensland, Australia, for a bigger role in the same field. My career was really taking off and life in Australia was brilliant, but I’d always had it in my head to teach PE That was still my number one goal.

So, at 25, I quit my amazing job, packed my bags, and applied for the PGDE course at Strathclyde University again. I thought, right, I’m going to give it a good shot because I have so much more to offer now. When I was invited for my second shot at that practical interview, I turned to Mrs Stewart for help once again. I went back to my old high school at 25, and she taught me a gymnastics routine during her lunch breaks, over and over again, until it was spot on. She really went above and beyond to see me succeed. This time around, I was accepted on the course.

I went on to work at a school in Glasgow, and after a year, my partner (now wife) and I decided we’d like to move abroad to work, while we were still young. I was offered a position in another school in Al Ain, and then three years later, moved to Brighton College Al Ain.

I’ve recently accepted a promotion; from August 2022 I will be the Director of Sport at Brighton College Al Ain.

PE is a popular part of school life at Brighton College Al Ain. Why do you think that is?

Phil Mathe has been the Director of Sport since I joined the school in 2015 and he’s really reshaped our curriculum into this new concept-based curriculum, which allows every student to see success. It’s not just purely sports specific, as PE is traditionally taught. Instead, we explore concepts such as creativity, decision making, leadership, collaboration, and we use sport as a tool for students to develop skills in these areas. The serve in badminton may be used as a vehicle to work on decision making, and we’ll talk about decision making in more detail and how they can then take that into other lessons and other parts of their life. We balance this with our second PE lesson of the week, which is a little bit more sports-based or games-based.

Historically, we faced a problem that many PE departments face; some pupils would simply not bring their PE kits and would not participate. Listening to the students has been a big part of changing this. Again, it’s all about the importance of a teacher caring, getting to know each student, and listening to them. We’ve asked what they would like us to include, and we’ve acted on it. These days, by ensuring our PE classes can be engaging for every student (not just the athletically gifted), that our classes are enjoyable and varied, we have almost every single student participating in PE

I believe that PE can have a much broader impact than just learning sports. It can develop confidence, resilience, social skills, and of course, it can ingrain healthy habits for young people. The potential benefits are huge.

What are your plans in your new role?

I plan on moving forward with this curriculum and approach, as I see the benefits and really believe in it. In also plan on going in our community more, engaging people in sport. I’ll also be looking at really building up our ECA programme, forming a recreation and sport base here. We hope to have our students competing in local tournaments again, as Covid restrictions are being reduced, and doing some international trips in the future as well.